Some people are either non-believers or do not have strong connections with a church but have a ‘basic faith’. Because the number of churchgoers is dwindling many people feel that they don’t want a religious service or may want a service with only a short prayer or hymn.

A Humanist funeral is taken by a Humanist Celebrant who will not have any religious slant to the service. A Funeral Celebrant is a person that will take the service but is happy to have a prayer or hymn.

Humanist and Funeral Celebrants go to the trouble to spend time with the family building the eulogy to be exactly what you want and to be a fitting tribute to the deceased.

Today, many people are looking for alternative ways to demonstrate their own personal spirituality and beliefs. As a Funeral Celebrant I am committed to providing bespoke ceremonies that will reflect the beliefs, lifestyle and personality of your loved one.

I will meet you in your own home or at William Whitmey’s premises, whichever is best for you. This meeting generally takes one to two hours. During this time, we will explore ways of making the service as meaningful and as personalised as possible. Participation by family members and friends is always encouraged.

Once all of the elements of the service are discussed and decided upon, I will write an appropriate and customised service. In this way, I can create a smooth-flowing, beautifully crafted tribute for your loved one.

As necessary, I will assist the various speakers before the event and oversee the ceremony’s design and delivery.

During the event, I will facilitate and guide the proceedings, make any necessary announcements, as well as leading individuals through any readings or rituals within the ceremony.

We offer traditional cremation or burial services and provide a wide selection of coffins and caskets. Mainly we offer four funeral options starting with the BASIC OPTION where we offer a veneered oak, mahogany or sepele coffin. This includes the hearse and we carry out the funeral on a day and time that is suitable to ourselves.

We also offer the BRONZE OPTION. This includes all of the above but with this option you may choose the day and time of the funeral subject to the availability of the Crematorium/Cemetery. There is also a wider coffin selection and viewing in our Chapel of Rest.

The SILVER OPTION includes the above but with ONE following limousine that seats six people. There is an upgraded coffin with this option with viewing in our Chapel of Rest.

Our GOLD OPTION includes the hearse and TWO following limousines, viewing in our Chapel of Rest and a superior coffin range.

Please contact us for any inquiries as to the range we offer and cost. 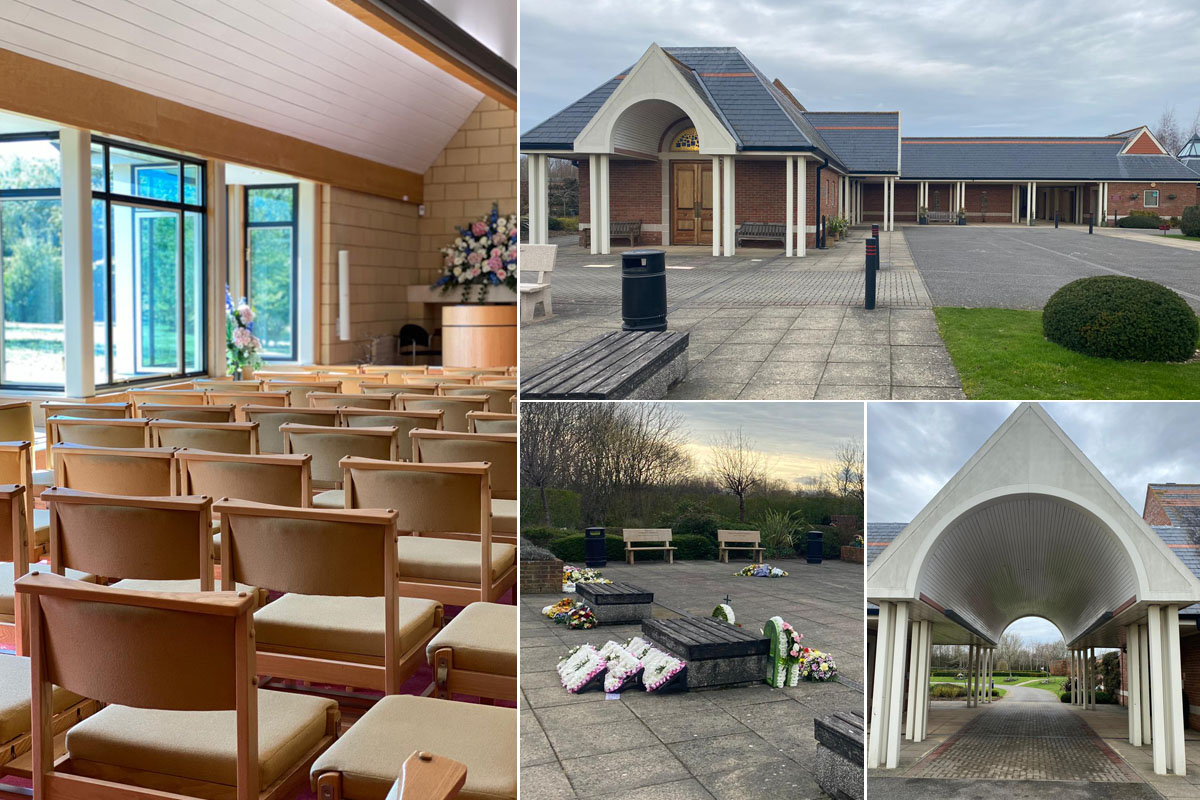 Cremation is certainly more popular these days and you may have a cremation at any Crematorium you wish.

The nearest Crematorium to our offices is the Garden of England Crematorium at Bobbing. However we serve all crematoria throughout the UK. 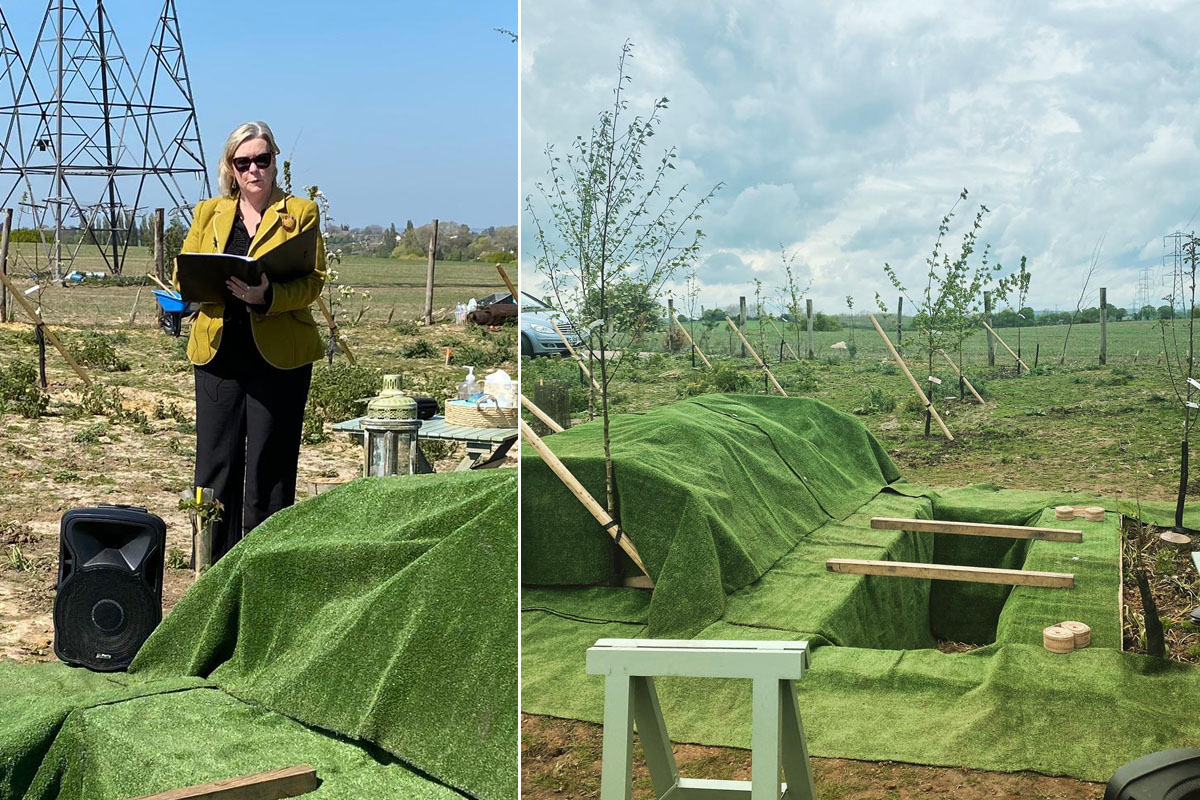 We do of course carry out burials. This may be in a Churchyard, Parish Cemetery or Local Authority Burial Ground.

If you require a ‘New’ grave we will assist in finding out which cemeteries are open for new interments and advise you of the appropriate fees. If you already have an existing grave we will ensure that there is room for another interment and make all of the arrangements on your behalf.

There are many procedures that will need to be undertaken. What needs to happen first will depend on the circumstances of the death and whether the person died in hospital, at home, a public place or overseas. This will also affect the type of documentation that you will be given.

There are also many people who will need to be informed of the death. You can find more information about letting people know in this section.

If the deceased has died in a hospital and you are the named next of kin, the hospital staff will inform you.

If the person who has died had registered for organ or tissue donation and they are eligible, the transplant coordinator at the hospital will talk to you as the organs and tissues for transplantation have to be removed very soon after death.

Many hospitals have bereavement staff who coordinate the issue of documentation and explain the procedures to you. In other places this may be done by the ward staff.

Please note that preparing the documents takes time as they can only be completed by medical staff who were directly involved in the care of the patient whilst they were alive. Most hospitals operate appointment systems for collecting documents and belongings of patients who have died.

In some cases the hospital medical staff will have to refer the death to the coroner. This means they will not be able to issue the Medical Certificate and the coroner’s officer will give you further information about when you can register the death.

You may be asked to sign formal documents so the belongings of the deceased can be given to you.

At home or in a care home

If the death was unexpected, you should dial 999 and ask for an ambulance and police immediately. The paramedics will confirm the death. Leave the area untouched. The Police will come to the address where the death has occurred to make a report.

The police will arrange for the body to be moved by a funeral director acting for the coroner if the death is unexpected. If a doctor has confirmed an expected death you may call a funeral director of your own choice when you are ready to do so. Funeral directors provide a service any time of day or night to move the deceased to a funeral home.

If the doctor is unsure about the actual cause of death even if it was clearly from natural causes, or if the deceased died suddenly and had not been under a doctor’s care during the past 14 days, or the death is unnatural, they will contact the coroner. The coroner may order a post mortem examination to determine the cause of death and then issue the documents allowing the death to be registered.

If the death was expected, perhaps due to a terminal illness, you should contact the deceased’s GP or nearest doctor.

If the cause of death is known and from natural causes the doctor will issue the documents to allow you to register the death.

In a public place

A public place refers to anywhere that is not a care facility or someone’s home. This might be a hotel, a school, sports club or a street. Usually the emergency services, i.e. the police and an ambulance, are called because the death is unexpected.

If the death appears to have been natural but the ambulance service feels that further resuscitation and transfer to hospital is not required, the police will usually arrange for the funeral director working for the coroner to remove the body to the nearest public mortuary (this may be located at a hospital). The ambulance service may do this if the deceased person is located in a very public place, such as a shop.

As most deaths in public places are unexpected, they are reported by the police to the coroner who will usually order a post mortem examination unless a doctor has been treating the person for a condition which might have caused a sudden collapse.

If the death was unnatural, the police will be in charge of the area and will arrange for a funeral director working for the coroner to remove the body to the nearest public mortuary. This may be at a hospital.

If the death occurs overseas, the registration process in that country must be followed in order to obtain a death certificate. Please see the section under Registering a Death for more information.

You can arrange to have the funeral overseas if you wish. However, if you would prefer to return the deceased back to the UK you must use professional funeral directors who will be able to advise you on the practicalities. This will include obtaining necessary documents from:
• The Registrar of Deaths and sometimes the Coroner in the UK
• The documents needed from the country of death
• The British Embassy or High Commission
Remember to discuss the costs of the repatriation with the funeral director before confirming any arrangements and be certain that you can pay these or that they are covered by an insurance policy.

Call us for help with finding your nearest coroner or funeral director.